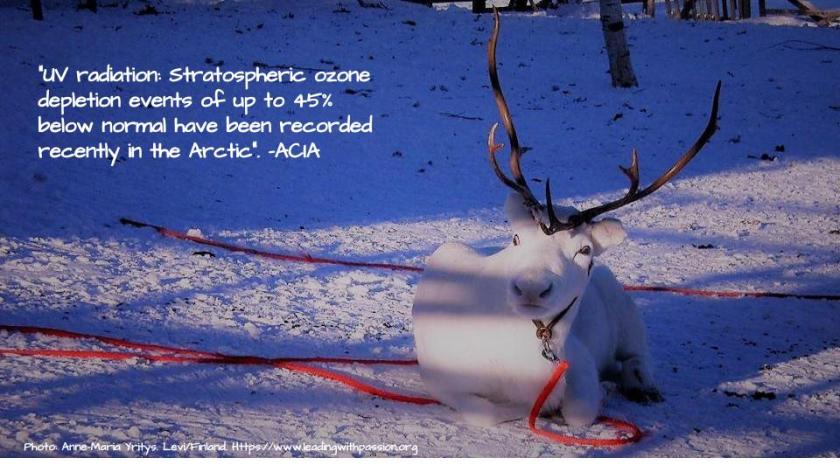 According to ACIA (Arctic Climate Impact Assessment), a scientific research report first published in 2004, stratospheric ozone depletion of up to 45 % (per cent) below normal have been recorded in the Arctic region. To gain further insight, read one of my older posts UV Radiation Particularly Intense in The Arctic.

For instance cosmic radiation is more powerful in space, and with a dysfunctional/ damaged stratospheric ozone layer cosmic radiation can more easily reach Earth. This is why e.g. flight personnel have log books where their amount of exposure to cosmic radiation is being measured and monitored. Stewardesses have, for example, a higher risk than other women of breast cancer, one reason why being a stewardess is one of the unhealthiest professions on Earth. An increased risk of cancer of course affects all flight personnel.

A damaged ozone layer takes several decades to “repair”, if even possible. Holes and complete disappearance of the ozone layer poses many risks to Earth and all life on this planet, from an increased amount of cancer to changes in Earth´s climate, especially in Earth´s most vulnerable regions: the North Pole (Arctic region) and South Pole (Antarctica). Strong, harmful UV rays damage not only human beings, but the environment (flora and fauna) everywhere.