We are having a record warm January in Finland. No snow here in the South. Usually, we have temperatures up to more than -20 degrees Celsius in Southern Finland this time of the year. December was also warmer than average, with mostly rainfall. However, my heart is right now with Australia which is suffering from apocalyptic wildfires. If we just could send some of Finland’s rain to Australia now.

I am switching my electricity source from a combination of hydro, solar and wind to 100% wind energy. I found a service provider that is building onshore wind energy in Finland, and which is cooperating with for instance Google.

Why am I switching to 100% wind energy? Wind energy is by far the most environmentally friendly source of electricity/energy of all the options available on the energy market right now.

Not only is wind power competitive in terms of pricing:

According to for instance the IHA (International Hydropower Association), onshore wind energy has by far the lowest lifecycle greenhouse gas emissions per kWh (kilowatt hour) among all energy sources, with only 11 gCO2 equivalent/kWh in comparison with for instance coal, the equivalent of which is 820 gCO2/kWh. That makes wind energy more than 74 times less polluting than coal.

Choosing energy and electricity sources with the lowest CO2 level possible is the single largest climate and environmental act that anyone can do right now. The effects of choosing clean energy are by far larger than any other climate action that can and should be taken. 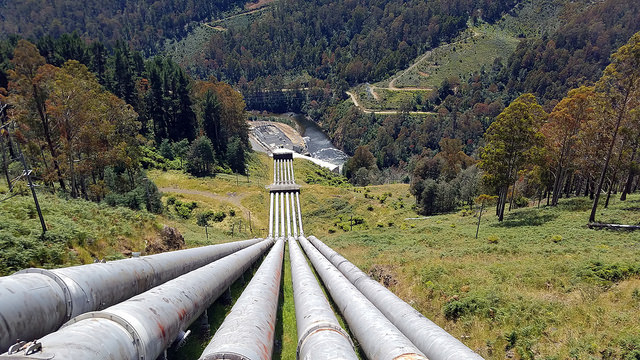 Hydropower, the currently largest single source of renewable energy worldwide, was first commercialized for the production of electricity in Niagara Falls in 1879, although human beings have been utilizing more primitive versions of hydropower for centuries or even thousands of years. The earliest hydropower usage can be traced back to the ancient Greeks who used simple water wheels in agricultural processes. Today, 15,9% of all renewable electricity is generated through hydropower production, (IHA 2019).

For instance in Finland, the role of hydropower is still today quite remarkable in terms of electricity production. According to Finnish Energy, at its peak in the 1960 ́s, hydropower accounted for 90% of all electricity generation in the country. Today, hydropower contributes to four per cent (4%) of Finland ́s total energy mix, and annually between 10-15% of all electricity production, down from its impressive numbers in the middle of the 20th century. (Finnish Energy 2019).

Despite being a renewable source of energy, energy authorities and companies admit to the environmental problems caused by dams and hydropower plants. Not only do dams and hydropower plants change natural water systems, but also prevent (fish) species in these water bodies from wandering. The Finnish Association for Nature Conservation, FANC, supports consumers and the industry in improving the sustainability of energy and electricity consumption. It has launched the EKOenergy label, which has now become the international ecolabel for energy. (Fortum 2019; FANC 2019).

What comes to the benefits of hydropower, the IHA identifies the following key components: hydropower is an affordable and reliable source of energy which enables and supports other renewables, it offers protection from floods and drought, provides responsible management of freshwater, is socioeconomically important, helps avoid emissions and pollutants, improves infrastructure and waterways, increases cooperation between countries, leads to community investments in rural areas, and enhances both recreational activities and tourism. Of all energy sources, hydropower has the second lowest lifecycle greenhouse gas emissions per kilowatt hour.

In terms of hydropower costs, the International Renewable Energy Agency states that on average, electricity generated through the use of hydropower is inexpensive, with significant technical potential remaining untapped as of today. One of the obstacles in terms of fully utilizing the potential of hydropower worldwide, according to IRENA, is the absence of data in terms of these technologies. Despite currently being the most widely used renewable source of energy worldwide with a total market share of almost 16% in the global energy mix, IRENA estimates that the usage of hydropower is far from having reached its full potential on a global scale, although for instance Norway gets more than 99% of its electricity from hydropower.

The World Energy Council reveals that Asia as a continent has the most significant untapped potential in terms of hydropower, while currently much of the new development is focused in China (26% of the worldwide installed capacity in 2015), Latin America and the African continent. According to the World Energy Council, the average annual growth rate of hydropower worldwide between 2005 and 2015 was almost four per cent (4%). With the share of other renewable energy sources increasing, hydropower now accounts for 71% of all renewable electricity worldwide, a share that has fallen by at least 10% within a few years time only. The countries with the fastest growing new installed hydropower capacity worldwide are currently China, Brazil, Pakistan, Turkey and Angola. One major benefit of hydropower is its flexibility and the capacity to store energy even up to several months.

In the 2019 Hydropower Status Report the International Hydropower Association insists that hydropower, when correctly and sustainably managed, provides a number of benefits in a world faced with complex problems such as expeditious population growth in addition to energy and water challenges. The IHA identifies following developments and key trends in the worldwide hydropower sector:

Furthermore, the IHA recognizes climate change mitigation, including the Paris Agreement and the reduction of greenhouse gas emissions, being at the center for strategic sustainable development. In terms of environmental protection, both the World Energy Council and the International Hydropower Association acknowledge the availability and deployment of modern technologies that have been designed to minimize the potential harms caused to both water sources and its inhabitants through the hydropower sector. For instance in Uruguay alone, almost 100% of the country’s electricity is produced from hydropower and other renewable resources of energy.

What are your thoughts and/or experiences about hydropower? You are more than welcome to share your thoughts by commenting on this article. You may also want to read one of my previous articles: How Safe is The Production of Nuclear Energy?

Connect with me on Twitter @annemariayritys. For climate/environmental posts alone @GCCThinkActTank. Subscribe to my newsletter at Yritys Executive Services to receive my latest articles/news delivered personally to you.