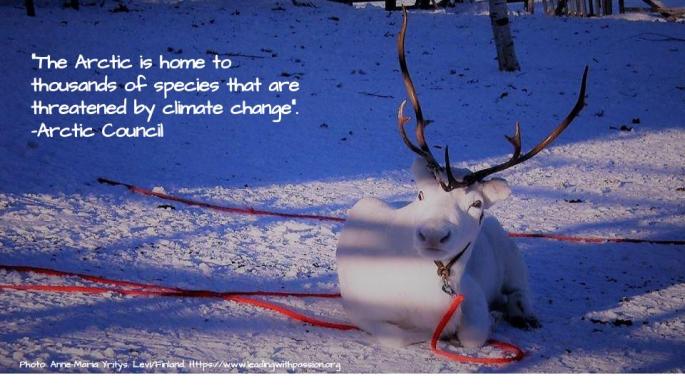 We all know that keeping a polar bear as a pet would be impossible. Polar bears need their current home environment, surrounded by glaciers, ice, snow and water, to survive. In fact, if and when the Arctic region´s glaciers melt, as they are predicted to do during summer months in only a few years of time, polar bears is one of the Arctic species that will face serious challenges for survival, even become threatened by extinction. Where will polar bears live without any ice?

Do we have any universal laws for the protection of animals, different species and wildlife? It seems that we do not, although many people and organizations are dedicated to the protection of animals, such as the non-profit organizations WWF (World Wildlife Foundation) and Polar Bears International. Through these organizations we can for example make donations and become protectors of specific species. In Finland, for instance, we have a species called the Saimaa ringed seal, which is under serious threat of extinction due to its natural habitat changing so drastically due to e.g. fishing practices, lack of snow and ice. At this moment, according to the The Finnish Association for Nature Conservation (FANC), there are only 360 Saimaa ringed seals left. WWF and FANC are trying to protect the Saimaa ringed seal from facing extinction, and, through actions supporting the Saimaa ringed seal to be able to grow the population of this highly endangered seal species.

The Saimaa ringed seal and polar bears are two examples of species that are seriously being threatened e.g. through fishing practices and climate change. According to the WWF, other species under threat include reindeer, a number of plant species, and many migratory birds. Even the Arctic fox is under threat. And, how about the extremely shy snow leopard? Snow owls? Examples are many. What other animals and species can you come up with?